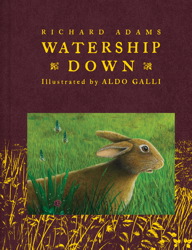 So said writer Daniel Handler, aka Lemony Snicket, whose “Series of Unfortunate Events” books became modern day classics. The misfortunes and misadventures of the Baudelaire children was the first story to capture the imagination and love of Adrian D’Avanzo (and guess what–he was 9). Our boy didn’t like to sit still long enough to read anything, but when he discovered Mr. Snicket he devoured all 13 of his books the moment each was published. Forget Harry Potter; in our world Lemony ruled.

Forty years ago, when I was just 9, I stumbled upon “Watership Down” in Mary Mullins’ house and snuck it home. Then never gave it back. That tale of rabbits captivated me like no book had since “Charlotte’s Web” and the story has lived in my heart a lifetime. Every few years, I take it down off the shelf and settle back into the English countryside to follow the adventures of Hazel, Fiver, Bigwig, Nuthanger Farm and all their comrades as they face off with the evil General Woundwort and Man, set on bringing “progress” to the idyllic Hampshire Downs. 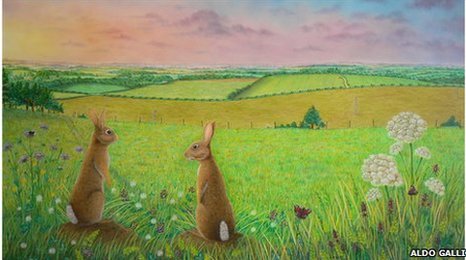 This year marks the 40th anniversary of what became one of the most beloved children’s books of all times–a book that was turned down by over a dozen publishers before the first pages ever came off the presses. To mark the milestone, a special anniversary edition has been published featuring gorgeous new illustrations by Italian painter Aldo Galli. Children’s literature columnist Meghan Cox Gurdon of The Wall Street Journal praised the commemorative edition: “Mr. Galli brings a sense of intensified realism to his depictions….Foliage is luxuriantly, impossibly green, and the edges of things—the feathers of birds, the fluff of dandelions—look as sharp as if they were cut from glass. “ 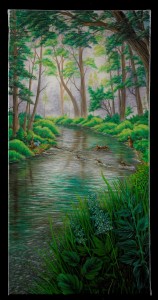 In an interview with Newbury Today in the UK, Mr. Galli described his passion for the work. “I was introduced to Watership Down as a boy in 1979 when it was first translated into Italian and my father gave it to me as a Christmas present. I have loved the book ever since and when I moved to England I was astonished to find I lived so close to the setting of the novel and was determined to capture the book in paint.” 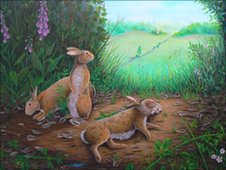 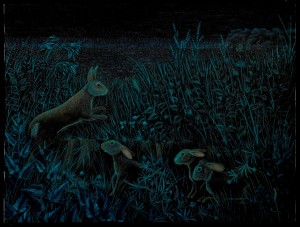 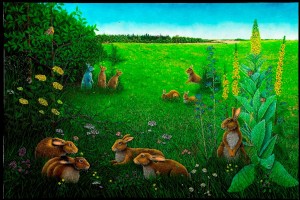 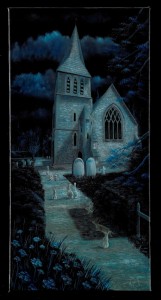 Check out the hardcover anniversary edition of Watership Down. Might make a nice Christmas present!