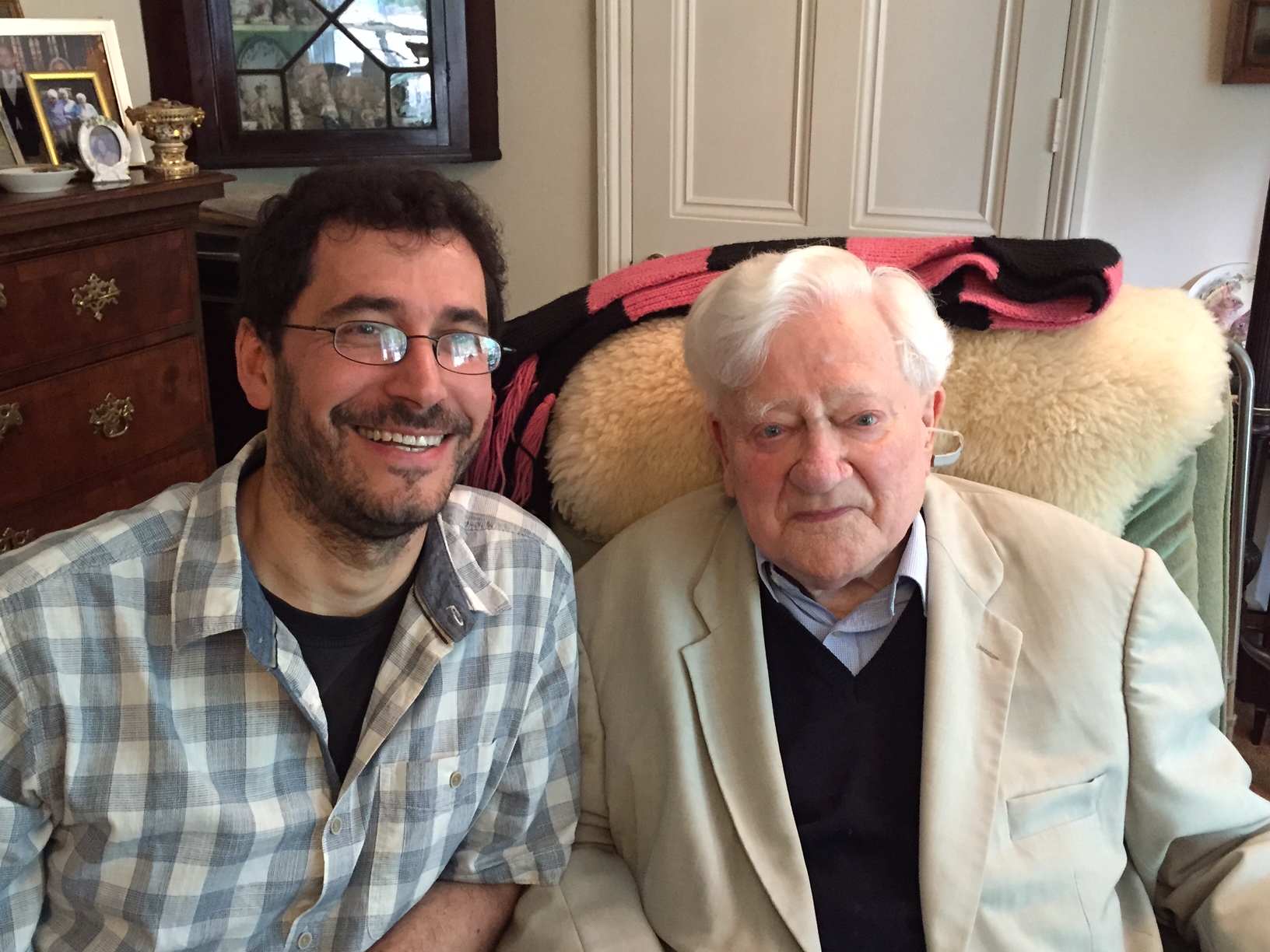 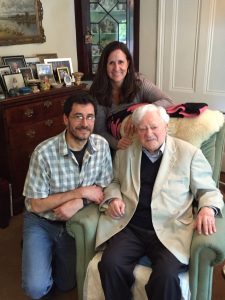 On Christmas Eve, a magical night in which animals have been known to speak, beloved author Richard Adams slipped peacefully away from us and on to his next life…presumably one filled with rabbits. Through the incredible kindness of his friend and Watership Down illustrator Aldo Galli, we met Mr. Adams last year and had a wonderful afternoon of tea and conversation with Richard and his wife, Elizabeth, at their family home in Whitchurch. It was one of the most memorable days of my life, a day that also included a memorable hike up to Watership Down and time spent with our dear friend Aldo. (You can see more photos of these past trips here and here.) Over 40 years and 50 million readers later, Watership Down has become one of the most cherished adventure stories of all time–and has been made into a new BBC animated film to air on Netflix this coming year. In 1975, in The New York Review of Books, critic Alison Lurie shares her thoughts on why the novel remains timeless: The book “became an international best seller not just because it was well written and original. It was attractive also because it celebrated qualities many serious novelists are currently afraid or embarrassed to write about… What a relief to read of characters who have honor and courage and dignity, who will risk their lives for others, whose love for their families and friends and community is enduring and effective…”

Godspeed, Richard Adams. Thank you for sharing with the “whole world” your tale of faith, courage and triumph. We can just picture you now–standing atop your beloved Down, gazing out over the English countryside…forever standing watch for your old friends. 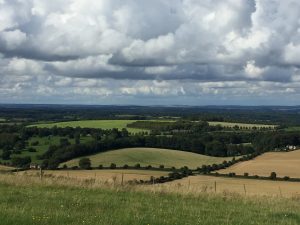 “Because I can see,” replied Dandelion, with a kind of excited joy. “Come and look! You can see the whole world.” 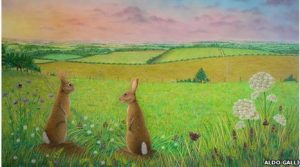 Are you a two-sided southerner?
For the love of aprons
talented friends
‘this is the way to go!’