I’m not exactly sure when Monica Kass Rogers came into my life. She’s a food writer based in Chicago and we met through work many years ago, and by some good luck, we’ve reconnected in the last couple of years through work again. When Lisa B., a 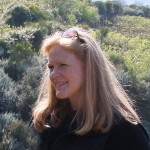 mutual friend, described Monica’s project, Lost Recipes Found, I took an immediate interest and began following her. When she re-launched her website with lots of new bells and whistles, I shot her a note of congrats. Monica was gracious enough to chat with me this week about this personal endeavor and why lost recipes matter. Plus, we discovered a shared passion for all things pear. Good luck, Monica, on your quest to build more foodways in the Midwest, and to giving wonderful old recipes new life again.

Catching up with Monica Kass Rogers

How did you come up with the idea of Lost Recipes Found?

I started it because everyone has recipes they’ve loved and lost — and I wanted to figure out a way to find those recipes, tell the story that goes with them, and get the best of them back into current kitchens so they wouldn’t be “just memories.”

How did it begin?

It began as a column for the Chicago Tribune two years ago and then we spun it into the current webmagazine.

With the May 2012 re-launch of the site, it now has  a “Swap Shop” forum to let people post recipe requests and share the recipes they have that fit other requests. People can also share food memories, stories behind the recipes and lore of the long-gone restaurants that used to feature them.

I love testing the recipes and taking pictures for the site and there’s always something new to learn around that. But just as exciting, I’m starting to record audio podcasts of people talking about noteworthy recipe, restaurant and food memories, and will be making mini-documentaries (video podcasts) about some of the more interesting stories in the Midwest. I’m not on the road with this aspect — yet! But I’m hoping all of this will prove helpful to the foodways groups.

Have you heard of Southern Foodways Alliance?

The Southern Foodways Alliance food historians are my heroes! I’m really hoping that the work we’re currently doing at LRF will help as Greater Midwest Foodways follows in the Southern folks footsteps — albeit, those are some big footsteps to follow.

Read more about Monica’s food-love project at www.LostRecipesFound.com. And be sure to check out the Green Pear Pie recipe. Now we know just what to do with all our hard green pears this summer! 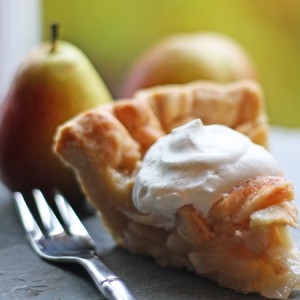