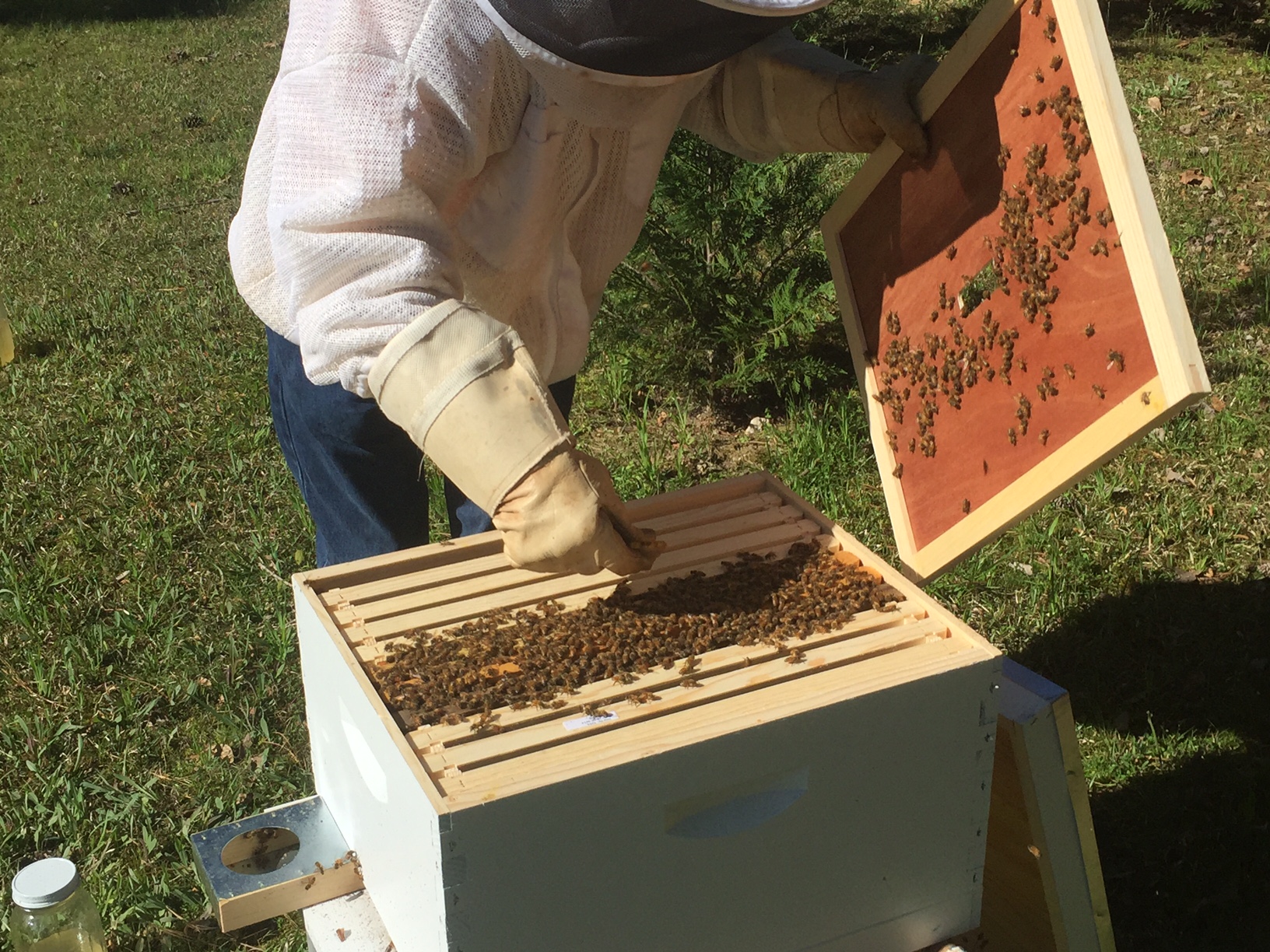 Well, we’ve gone and done it. Just added about 10,000 honeybees to our place — they’re out back in the orchard. Thankfully, we’ve got good neighbors who know a thing or two about creating a healthy apiary, so we’re really just apprentices at this point. But our best-laid plans did soon go awry when our one little beehive (Mike was adamant: we could only have ONE) decided it was doing so well that it would do this thing called “swarm” and subdivide. So now, after our friend Charlie rushed over to help capture the wayward bees that thankfully chose to hang out in a low branch, we have TWO hives. If these little drones divvy up again, I may have to start looking for a new husband because the current one might just quit. But let’s hope not. 🙂

Here are shots from our adventures so far, including installing the first hive (which came from a beekeeper on Lookout Mountain), capturing the swarm, and later helping Charlie rob one of his own hives and make a delicious 2-gallon batch of honey.

No stings to report yet — well, except for Lola, who just had to go and poke her nose into one of the boxes.