We’re still trying to catch our breath after a whirlwind trip to the UK, where we logged about 1,800 miles in 10 days (and that’s not including the flights!). We were simply blown away by our first trek up to Scotland and the infectious, oh-so-affable Scots, as well as a day trip to the English countryside and the warmth and graciousness of newfound friends. It’s near impossible to capture it all, but we’ll plan to share a  few more highlights later, just in case you’re planning to head o’er the pond soon. 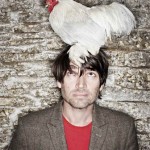 Alex James, a musician with the band Blur, writes about all things farm life in his weekly Telegraph column, “Mucking In.” With titles like, “Planes can be cheaper than horses,” “Trucks and tractors are the sounds of success” and “The cockerel rules the roost,” this rocker/farmer shares glimpses from life spent on his farm in Oxfordshire.

Here’s a repost of a column from earlier this year.

Alex James: Don’t get too attached to your farm pigs 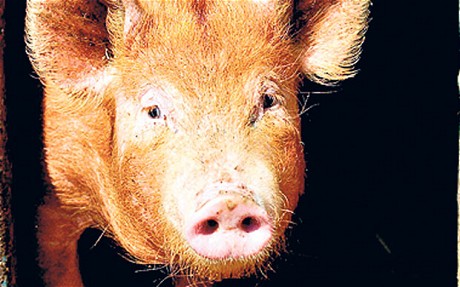 Chickens really are a piece of cake; less bother than goldfish. Even a few sheep don’t take that much looking after. But pigs are quite a commitment.

I’ve been fattening up three Tamworths – hairy, grinning ginger ones with long snouts and pointy ears – for the past few months. I had a couple of tons of grain left over from last year’s harvest and a spare paddock, so it all made perfect sense.

Pigs are delightful creatures. I got so attached to the first pair I had a few years back that I couldn’t eat them when the time came. I had to give them away – and it’s a well-recognised problem. In the past, when it was more common for farmers to fatten up a couple of pigs for winter, it was normal practice for neighbours to take piglets from the same litter, bring them on and then eat each other’s.

I’ve tried to keep these at arm’s length, but it’s tricky.

I’ve got to know a biodynamic (ultra organic) pig farmer who advised me not to take them to the abattoir. Moving them around stresses them, he said, and under his guidance I opted to slaughter one here on the farm. It is within the law – if the meat is for your own consumption.

There was quite a gathering when the time came. Once the pig has been killed (we slit its throat) it needs to be hung, which took three of us, plus it had to be inspected by a vet, and the local butcher came along to lend a hand, too.

It was the most harrowing thing I’ve ever done: utterly gruesome. I didn’t feel hungry for a good 24 hours afterwards.

Into the Light
magnificence
hidden gems
‘herd’ about this?